I hope you are well in these difficult times.

Check out my new project, 12 Days of Protest: A beginning, a contribution to our current moment.
(The image is a still from my video.)

Below is a poem from All the Rage (Nightboat, 2021) that speaks to this moment:

we want to live
. forgotten on the trudgy treadmill
between payday and pillow
through today’s common despair

. do not be comforted. we
want to live. remember
by seeing small, 6 or 8
legs trudging or flying to
contentment. remember
by lingering with any
face divine. we want to
live. tilt yourself up; the same
vast is possible
before and behind our eyes
---
You can order Rock|Salt|Stone, my collection of poems (which won a "Lammy" - a Lambda Literary Award!) from Nightboat here.

ARCHIVED EVENTS - 2019
1) I'll be presenting "Leave It Behind" at the VIVA! Performance Art Festival in Montreal. Check #LeaveItBehindProject on twitter & instagram
2) I'll be reading from my new manuscript All the Rage at Gibney Dance as part of their Living Gallery Series, which presents literary performers before dance performances.
3) "Breathe. As in. (shadow)" was a Poem-of-the-Day (chosen by poet Samiya Bashir and the Academy of American Poets).
4) I'm the Curator for Arts@NWSA, part of the 2019 National Women's Studies Association Conference in San Francisco, CA. I'm presenting over 20 artists from around the world, and several Bay Area performers.

Previous events:
1) 18 April, Los Angeles: I am honored to be the "Writing + Performativity" performer in the CalArts' "Writing Now" series!
2) April, Claremont, CA: I will join Gabrielle Civil in "Calling & Responding" at the Claremont Colleges
3) 15-19 July, Brasilia: I am a featured speaker at the Brazilian Comparative Ltierature Conference
4) 23-27 September, Montreal: I am an invited performer at VIVA!, Canada's legendary feminist performance art festival|http://abralic.org.br/noticia/?id=191|

I read in "Poetry Is Not a Luxury" at the Univ. of Illinois-Chicago, and at the first Cape Town Queer Feminist Film Festival, Khayelitsha, South Africa! Recent publications include the Sinister Wisdom journal, in BathHouse, and I have a piece forthcoming in Jacket 2. I'll be speaking at the "Race/Sex/Power" conference in Chicago and leading workshops at the Split This Rock poetry festival, as well as at Denison University and Wooster College.

I am creative and critical writer and artist whose work is deeply informed by my cultures and communities (including African, Caribbean, American, and queer), by history, and by a sense of play. I draw on reality to create non-literal interpretations of contemporary and historical experiences of African and Caribbean people. My staged and guerilla performance art is culturally and politically engaged, often takes place in public, and utilizes the language of movement as well as spoken and written text. My poetry often “moves” on the page, using different forms of English and different physical and poetic structures. With all of my work, my goal is to make people feel, wonder, and think, in that order.

My Verse Cabaret (combination of poetry and popular songs) performance at the Metropolitan Museum of Art in NYC, was standing room only! And my most recent evening-length performance ON PAPER premiered as a work-in-progress at Dixon Place in NYC to a sold-out crowd! On Paper is funded in part by a Franklin Furnace Fund grant to "create a major new work of performance art in New York City."

My scholarly book Island Bodies: Transgressive Sexualities in the Caribbean Imagination WON THE 2015 LEWIS AWARD FOR BEST CARIBBEAN STUDIES BOOK FROM THE CARIBBEAN STUDIES ASSOCIATION and will be in paperback this summer! 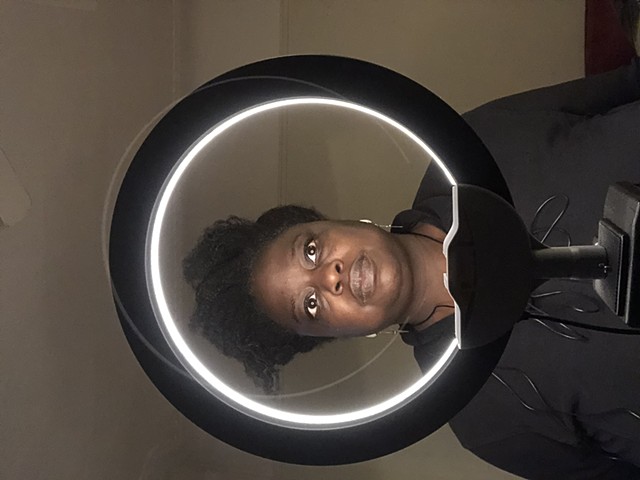